The race so far: Team Sonnenwagen has moved up to 5th place after a challenging first few days 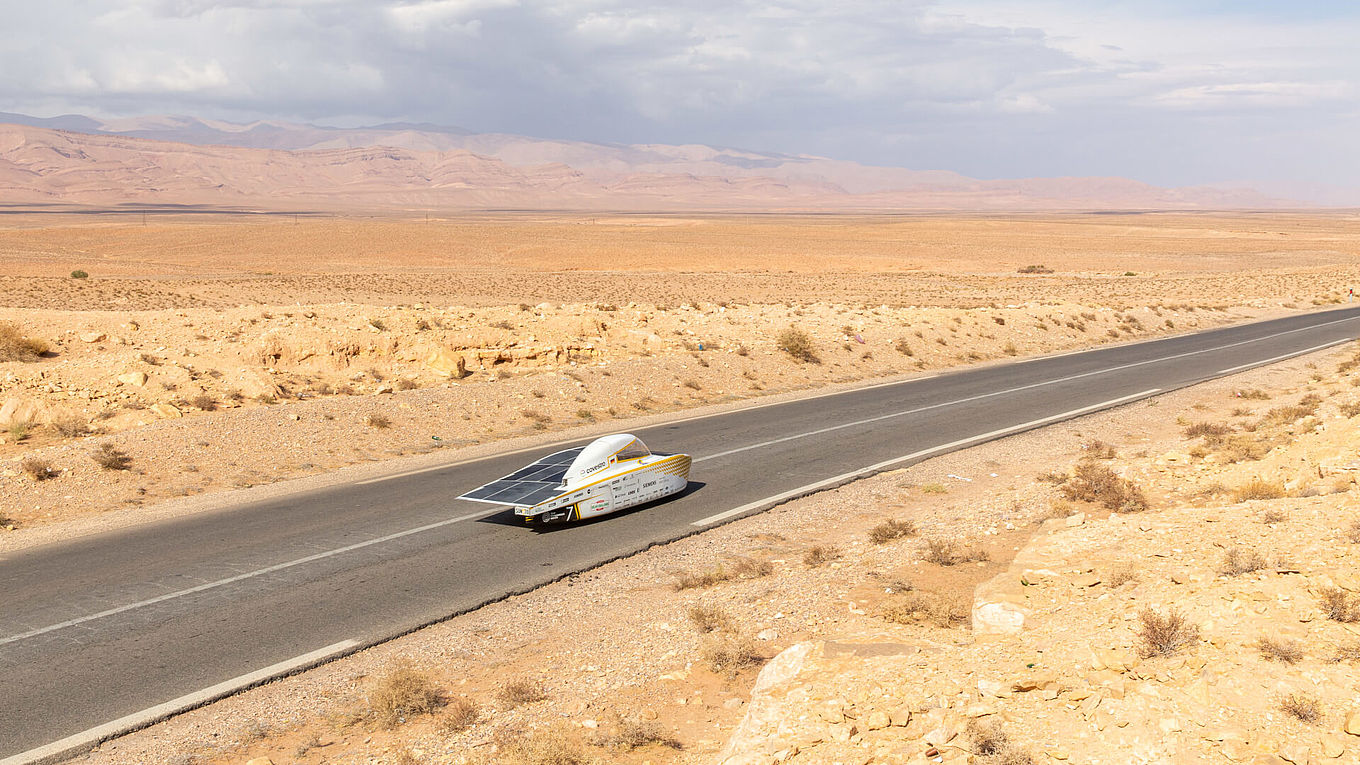 The first day of racing proved to be an exciting and eventful day for Team Sonnenwagen. After a long night of repairs the Covestro Photon and other cars started the race under police escort – helping them to navigate through the busy traffic out of Agadir and on towards the Atlas Mountains.

Unfortunately, over day one the car suffered a few more electrical problems which held the team up and forced some stops, this resulted in the team not being able to complete the entire distance to Zagora.

However, with these electrical problems finally fixed, the good news is that Team Sonnenwagen is reporting that the Covestro Photon is now performing really well and reaching some great speeds. So, the team are very positive about catching the rest of the cars over the coming days.

Day two saw the team undertake one of the most challenging days of the race, which involved digging crew cars out of the desert, and travelling up inclines of over 3,000m on steep mountain roads on their way to Merzouga.

However, due to a rule change (which has been brought in for safety reasons), all teams must now be in the race camp by 7pm as the roads are deemed too unsafe to be driven in the dark. This meant the Covestro Photon had to travel the last few kilometres back to camp on a trailer. Although this may have been lucky for the team, as their convoy was soon hit by thunder and lighting and a sandstorm!

With the issues of the qualifying crash now behind them, we’re looking forward to what days 3,4 and 5 bring!

Watch an update from Team Sonnenwagen on Day 1 here

Watch an update from Team Sonnenwagen on Day 2 here