The ambitious young team from Germany keeps pushing the boundaries of solar technology and proves it on the racetrack with impressive results. Their latest solar car, Sonnenwagen 4, will compete at the Bridgestone World Solar Challenge 2023 in Australia. 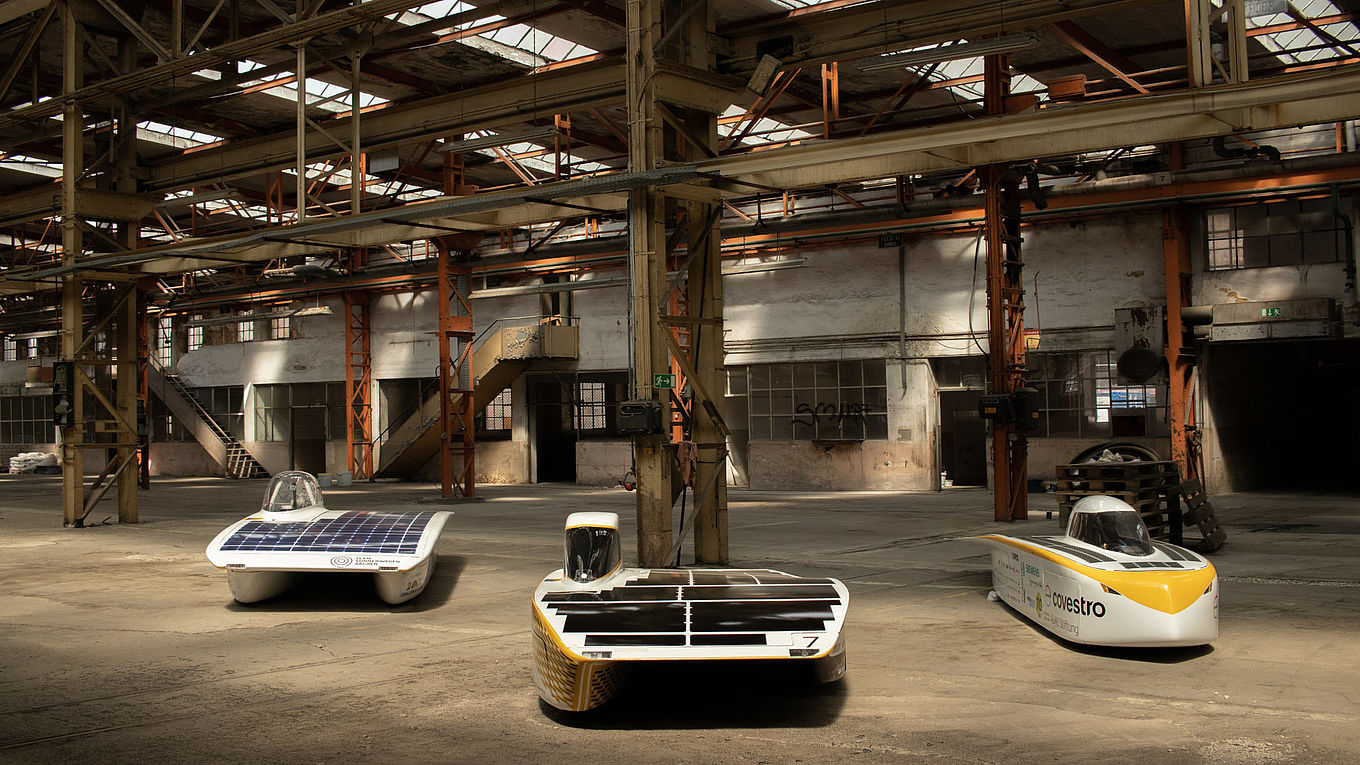 Changing of the guard: Team Sonnenwagen has a new board, which consists of five members and is chaired by Lina Schwering and Tina Pauli. The team now has a total of 55 members (most of them also new), more than ever before in the history of the association.

Harder, better, faster, stronger: after the crash in the Solar Challenge Morocco, Team Sonnenwagen had to patch-up the Covestro Photon for the upcoming iESC. This included repairs to the hull as well as a new drive train. The team also decided to build a new battery from scratch: the latest version is 40kg heavy and has more capacity – which means more energy for endurance races and faster laps in time trials!

Test practice: the students in Germany are currently also working on a new technical prototype, with the code name MoSoWa. This will allow them to test the performance of individual components at an early stage and make adjustments if necessary. The test vehicle is expected to be completed in the last quarter of 2022.

On the road: together with their sponsors, Team Sonnenwagen visited various fairs in Germany, amongst them Hannover Messe, PLM Connection, and the Battery Experts Forum. This raised public awareness of what they are doing and showed visitors solar technology’s incredible progress over the last few years.

Back to Belgium: high expectations

From September 17th – 18th, Team Sonnenwagen will compete at the iLumen European Solar Challenge (iESC) 2022 in Zolder, Belgium. After a fantastic 2nd place in 2021, the students from RWTH Aachen are eager to return to the podium – and this year, they are again doubling their chances: the team will be once again participating with their Covestro Photon and the Covestro Sonnenwagen.

The iESC is the only 24h race for solar racing cars in the world. Teams are competing against each other to complete as many laps as possible during the allotted time, with a maximum of three allowed battery charges for driving during the night. The race will take place at the former F1 track Circuit Zolder, which features 4 km of challenging chicanes, curves, and corners.

Just a few days later, on September 25th, Team Sonnenwagen will attend the first Italian Solar Challenge (ISC) in Bologna at the Formular 1 track Imola. The event is also an endurance race in two four-hour blocks and features two classes of solar vehicles: ‘Challenger’ (one occupant) and ‘Cruiser’ (multiple occupants).

The ISC is organised with the goal of becoming part of a series of competitions that together make up the World Championship for solar races. Unsurprisingly, Team Sonnenwagen is keen to have boots on the ground for this event to further finetune their performance.