Sonnenwagen has arrived Down Under

The first part of the team around Corvestro Sonnenwagen has arrived in Adelaide. Now they get the car and the drivers ready to race across Australia. Follow their journey! 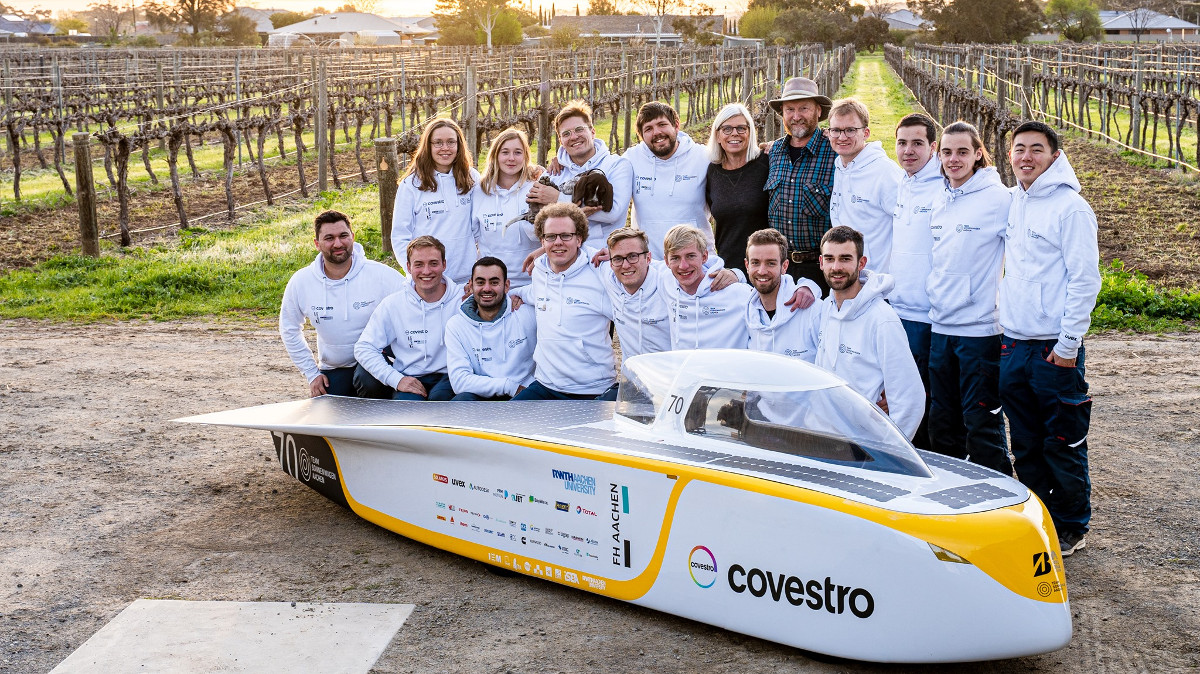 The first part of the team has arrived in Australia. This week, Team Sonnenwagen has set up base in Nuriootpa, one hour north of Adelaide to get the car ready to race across the Outback in October. Here, all parts are being prepared for the final testing in Coober Pedy, one of the most unique towns in Australia.

Coober Pedy is an old opal mining town, about 840 km north of Adelaide, where most of the houses, shops and even churches can be found underground, in so-called ‘dugouts’. The reason for that are the extremely hot temperatures in the Australian desert, and the opals that used be found here. Back when mining first began here, people would dug holes in the ground to find the precious stones. After a while, they started living in these holes to make sure no other miner would end up finding the treasures. People kept digging for opals and thereby expanding their homes further and further. Nowadays, there is no opal mining anymore in Coober Pedy, however, the former ‘dugouts’ still exist – and over the years transformed into nice looking flats, churches and hotels – all underground. Who knows, our team may find some opals in the walls of their next accommodation.

During the testing in Coober Pedy, the Corvestro Sonnenwagen will be tested under real South Australian conditions. After these are done and car and driver have passed, they will make their way up to the start line in Darwin.