End of the Road

iLumen European Solar Challenge (iESC) has just come to an end. Find out here how it went for our Team Sonnenwagen and the challenges needed to be faced during the race. 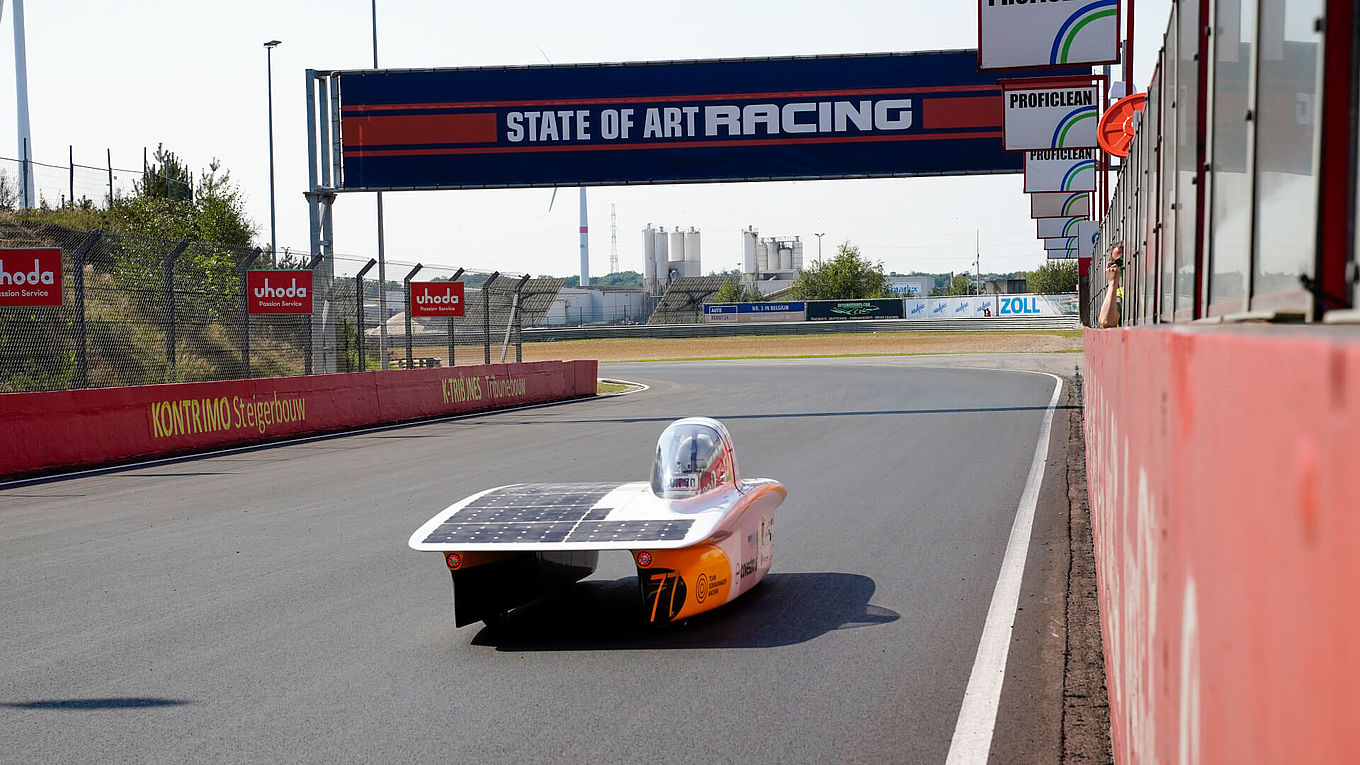 The 24-hour race demanded a lot from our team: full concentration not only from the drivers, but also from all the driving strategy team. How fast can you drive a car, powered only by solar energy during the day, so that the batteries last overnight? This year, the level of concentration and effort required was pretty high, as the team competed with two different vehicles.

Just like on the World Solar Challenge in Australia, our Team Sonnenwagen had a crash. Fortunately, the solar car was able to continue, and both racing cars crossed the finish line in fifth and eighth place.

As expected by the team members, the Sonnenwagen 1.0, which was optimized for this race, performed better than the Covestro Sonnenwagen from 2017.

We congratulate the team on a very impressive performance! It is an enormous achievement not only to build a car that is powered only by the sun, but also to compete against the best teams in the world in a race.

As soon as we have more detailed information about the race, we will keep you informed.

Latest news
About the Race
End of the Road
Ready for the Next Challenge
Hurry, the ilumen European Solar Challenge 2020 is almost here!
Five questions to Kersten
Five questions to Jennifer
About iLumen European Solar Challenge in Belgium
4 challenges to overcome when building a solar car
"Road to Belgium" Get ready for another race
The World Solar Challenge 2019 – A race full of excitement and drama
Crossing the Finish Line!
The Crash
A Sandy Business
Tensions run high in the Outback
Let the race begin!
The Team has arrived in the North!
5 Questions to Luke, Team Structure at Covestro Sonnenwagen
Red Giants, Unique Towns and Flying Doctors
5 questions to Nadia, Team Solar Cells at Covestro Sonnenwagen
Expected obstacles, unforeseen (almost) losses and some truly Australian moments
Sonnenwagen has arrived Down Under
Life in the Outback – 5 Survival Tips
Car testing in Aldenhoven
Curtain up for the next generation: The Covestro Sonnenwagen
History of the World Solar Challenge: How it all started
Follow us on
PNMOZ
BayWa r.e.ImprintData protection
/en/rethink-energy/sonnenwagen/news-detail/