Sleepless nights and a great team effort: that was the iLumen European Solar Challenge 2020 (iESC). Learn more about the highlights of the iESC 2020 and the next race coming up for our Team Sonnenwagen. 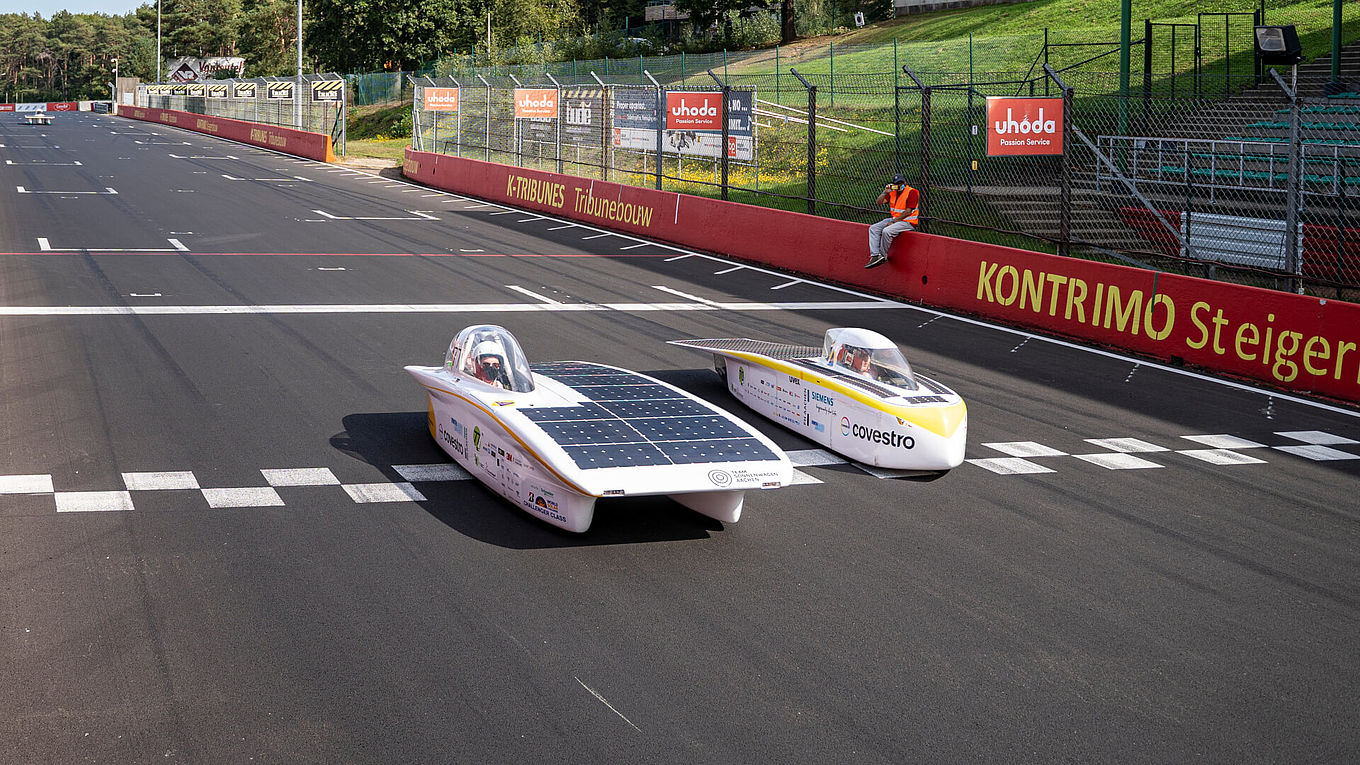 At the 24-hour race on the former Formula 1 track in Zolder, Belgium, our team Sonnenwagen achieved a great fifth and eighth place with its self-constructed solar racing cars! In total, the team covered 1,000 kilometers with each vehicle.

As fast and efficient as the winner, but with less energy

The Covestro Sonnenwagen, which the team had already competed in 2019 at the World Solar Challenge in Australia, could not be optimimsed for the iESC due to corona restrictions. Cooling the battery during charging or adapting the cells to northern conditions would have provided the team with significantly more energy. The cells of the Covestro Sonnenwagen work most efficiently at an outside temperature of 50° C, which – surprisingly – was not the case in Belgium. In addition, a technical problem with the solar cells right at the start of the race caused the team to drop back a few laps.

Despite some starting problems, our team did the second fastest lap with Covestro Sonnenwagen! The second chairman of Team Sonnenwagen Simon Quinker sums it up: "We certainly drove as efficiently as the drivers at the top, but we simply contested the race with less energy".

An exploration of the racetrack's botany

On Saturday evening, the Covestro Sonnenwagen also went on a little exploration of the circuit's botany. Nothing happened to the driver or the car – the team was able to fix the vehicle after the accident quickly and within a short time the car was back on track.

Ready for the next race

After this intense challenge, our team has identified several weaknesses they can learn from for the upcoming race in Australia. We congratulate our Team Sonnenwagen on another great team performance and look forward to the WSC in Australia!