An Asian perspective on agriculture and solar energy’s happy coexistence 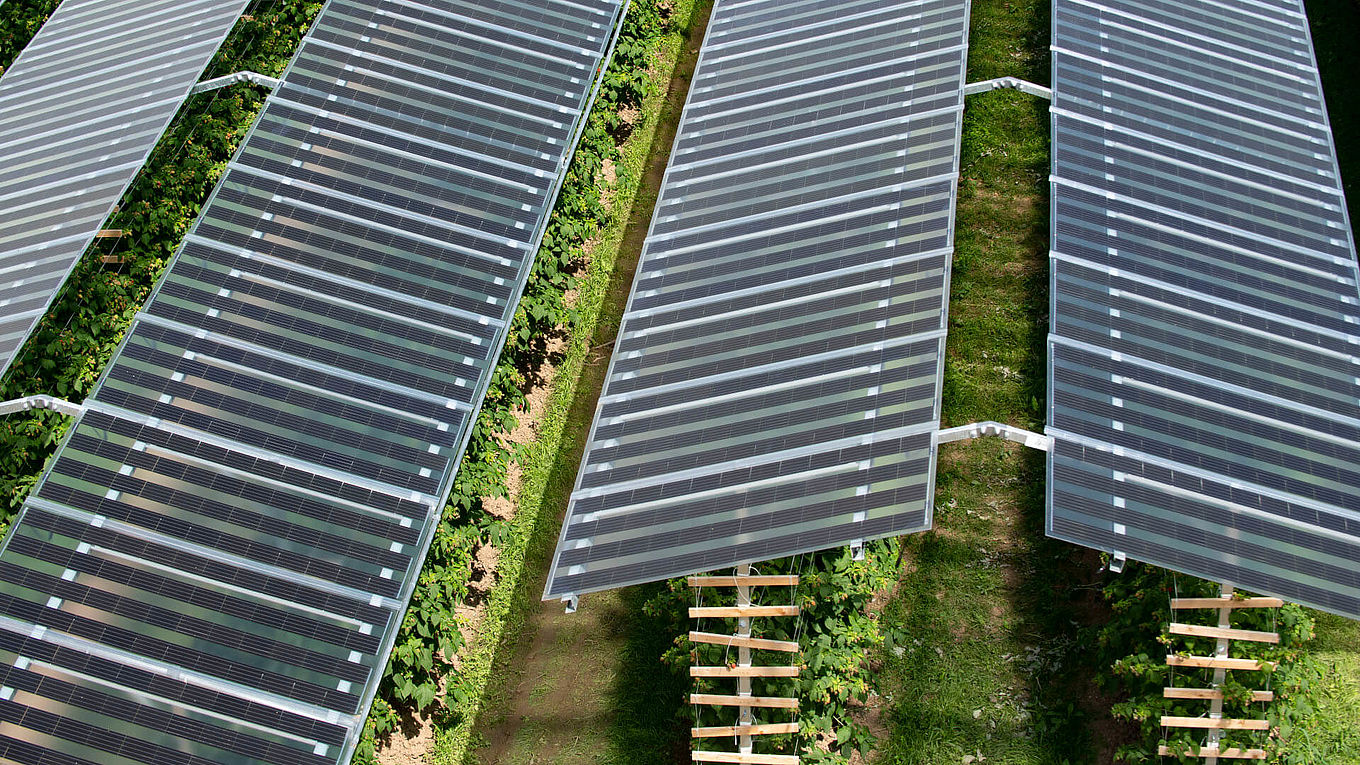 Living and working in Southeast Asia brings its own unique opportunities and hurdles to overcome. For instance, despite the region stretching across some 13 million km2 of the Earth’s surface, only around 4.5 million km2 of that is land. 3% of the planet’s landmass is home to 8.5% of the human race, more than 654 million people. [1]

Finding ways for a huge, growing population to make full use of limited space is producing some incredible new thinking. Today, I’m excited to be sharing our ideas driving a distinctive approach to fusing agriculture and renewable energy.

What do we mean when we talk about Agri-PV?

Agri-Photovoltaics (Agri-PV) is helping optimize use of farming land, incorporating solar panels fixed above crops and livestock. You might have already seen it referred to as ‘solar sharing’ in some markets.

Specialist PV modules allow light to pass through while still absorbing and storing power. The amount of light going through the panel is tailored to each crop’s requirement. Meanwhile, the growing environment beneath the panel can be better controlled, with digital farming technology producing large quantities of useful data.

BayWa r.e.’s successful Agri-PV pilots in Germany and the Netherlands have developed into thriving commercial projects in their own right. At our site in Wadenoijen alone, 4,500 PV modules are now covering the same number of redcurrant plants, with only a negligible decrease in crop yield.

That decrease, of course, is more than financially compensated by the amount of clean energy being generated. Agri-PV technology is proven and advancing rapidly. All that remains is to match the right applications with the right opportunities.

Shrimp farming has emerged as a surprising champion for these technologies. Aquaculture produced 100 million tonnes of farmed seafood in 2020. It’s a major contributor to global food production, but one that comes with its accumulated baggage:

Agri-PV can help to target these issues. Farms can sustain themselves on their own solar power. Shrimp stocks can be better monitored for disease. Their living environment can be more efficiently controlled, reducing reliance on antibiotics and cutting feed waste.

Of course, there’s also the added benefit of land and water being put to profitable dual use. Depending on which market farmers are in, they can benefit from some very competitive pricing structures for selling power back to the grid. This is due to government incentives in many cases. But even as these are phased out it won’t matter; advancing technology is rapidly driving down operating costs.

Throughout all this, daily operations are made more robust. National grids in Southeast Asia aren’t currently the most reliable in the world, as we’ve spoken about previously. Generating their own power, shrimp farms become resistant to large-scale disruption and can even be integrated into local micro-grids.

On that note, we can take more lessons from another nearby market, one overcoming very similar challenges. Japan is working with limited farming space and frequent grid disruption. How are they applying Agri-PV over there?

Keeping your eye on the ball: Lessons from Japan

Japan has a distinguished history of using Agri-PV, with Akira Nagashima trialing some of the world’s first such systems back in 2004. Today, it’s well on its way to becoming a cornerstone of the country’s economy.

It’s estimated that, by 2050, Agri-PV alone can provide enough renewable energy to meet the needs of Japan’s entire industrial sector. The domestic, office, and transport sectors are then more than comfortably covered by other renewable sources like hydro, wind, geothermal, biomass, and ordinary PV.

They’re enjoying such success here that, by law, Japanese Agri-PV sites have to maintain 80% of their pre-solar sharing harvest output. This is to protect the agriculture side of things in an environment which is such a natural perfect fit for generating solar power. However, challenges still exist.

These include recent changes to their feed-in tariff (FIT) model. Decreasing prices paid for passing energy to the grid indicates a possible change in government priorities. While this is still a highly profitable sector, profit can’t be the only lens through which we view things.

Agri-PV developers also need to ensure that farmers needs are met, and this may mean incentivizing the farmers to support projects. Another issue is that the Agri-PV license is not only renewed every 10 years but also requires that the solar investor has to manage the farming beneath the system to ensure the renewal of the license. This means if the license is denied after 10 years, or the farming stops then a potential 20 to 30 years of the project’s lifetime (and generation) could be lost. A fact that means investors and developers must think carefully before committing to an investment.

Looking to the future, it’s vital that policymakers return to seeing Agri-PV as an integral, inseparable part of agriculture. Engaging with local communities is a must; manufacturers and suppliers need that buy-in before technology can enjoy more widespread adoption. They can’t simply turn up, make a fast profit, and leave.

The importance of fostering those close connections can’t be overstated. The number of Japanese people working full-time in farming has dropped 22.5% over the past five years. We’ve spoken elsewhere about the renewable energy skills gap; getting more local people into Agri-PV is going to bring massive benefits to the country’s self-sufficiency.

With places like India and those across Southeast Asia looking to Japan for lessons, it will be interesting to see how they tackle these challenges.

Agri-PV is showing exceptional promise in markets where industry, policy, and local communities align. To play our part in that dynamic, it’s essential to champion sectors and markets which are striking the right balance.

It’s vital that developing legislation keeps pace with advancing technology and growing public need. If we can achieve this, the future is very bright for a sector with the potential to revolutionize farming worldwide.