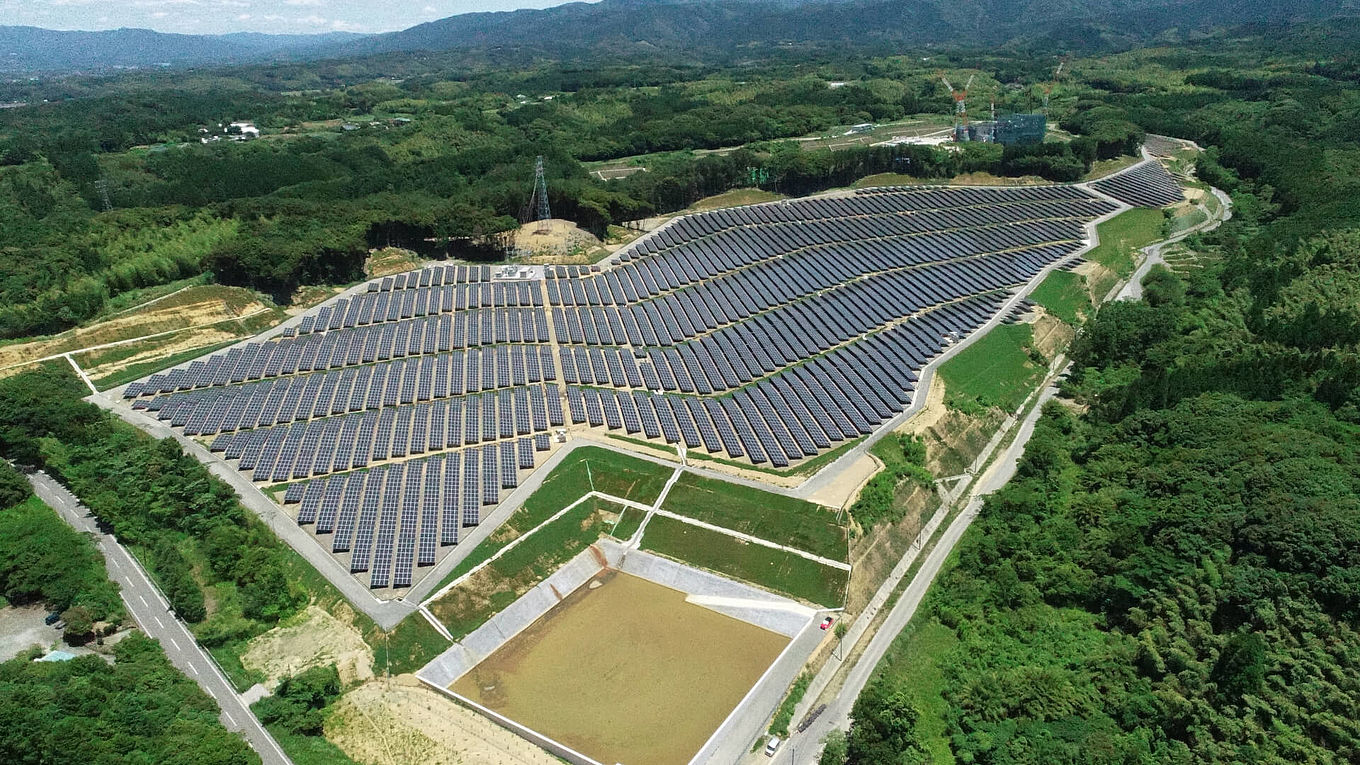 There’s been talk, of late, about the need to rethink how best to rebuild our economies once the worst of the global COVID-19 pandemic is behind us. I like the idea of this, especially if it pays proper credence to the need – and the opportunity – to address the climate crisis that faces us all.

My work focuses on Asia Pacific (APAC), one of the fastest growing areas in the world, so it’s only natural I’ve been thinking about what those opportunities might mean for the region.

APAC is home to 60% of the world’s population, with an economy that’s forecast to triple by 2040. Energy demand is also expected to grow from its current 800MW, with an extra 400GW required in 20 years’ time. But how will the region develop the extra power generation that’s going to be needed?

For most countries in the region, it’s still relatively early days from a renewables perspective, which means there’s a lot of untapped potential for industrial and commercial solar projects. Wind resources are somewhat limited but particularly for a lot of the south-east Asian countries near or around the equator, sun is not in short supply!

Countries like Taiwan, Malaysia, Vietnam and Korea hit the ground running with solar developments, with Indonesia beginning to catch up. China is now leading the way, while Thailand has a very stable commercial and industrial market and Japan is moving from a FIT market towards a long-term commercial market.

Solar is an obvious target for development but large land-based projects can be problematical. Ideal sites for large scale ground-mounted solar are located near to centres of demand, and these are generally in places where land is already at a premium. Even smaller developments often present grid connection problems.

Grid capacity and connection is increasingly an issue, particularly in Vietnam, Taiwan, Korea, and Australia. The latter presents substantial opportunities when it comes to 100MW+ solar and wind developments. But the country’s high-capacity transmission lines were designed to service centralised electricity generation from coal-fired power stations and not to transmit electricity from large-scale renewable generators.

The rapid influx of green power has led to a critical threat to grid power and stability, and the Australian Financial Review notes that the Australian Energy Market Operator has doubled the number of times it has asked generators to adjust output to protect security of supply and avoid grid overload in the last 12 months.

At BayWa r.e. we’ve invested $300m in three solar farms in Australia but only one is operating at 100%, with another at only 50% capacity. We’ve not been able to commission the third one yet, and a promised grid redesign will take time to implement.

It’s a real dichotomy: renewable energy is the way forward, but the existing infrastructure simply can’t sustain its growth. We have to resolve this, and fast, if investor confidence is not to be further eroded.

The difficulties presented by ageing infrastructure or poor energy policy aren’t just the province of Australia. Emerging economies and those countries where renewable energy is still a relatively new concept often don’t have the right policy or regulatory frameworks to support the growth of wind and solar energy.

Having these in place is important, as is the standardisation and harmonisation of grid connection and market rules across the region as a whole. These would provide a better foundation for growth, help governments with carbon reductions targets, and offer a better platform for companies wanting to invest in the region. If projects are going to get off paper and into the construction pipeline, these are all areas that need to be seriously addressed.

What’s less of a problem for the region is grid parity and subsidies. The need for subsidies and financial support schemes is diminishing as many renewable energy generation projects quickly achieve grid parity. Thailand is a great example of this, as is Australia, and we’ll see more countries achieving grid parity at speed as the market grows.

Another, as yet largely untapped, opportunity for countries wanting to exploit solar energy but struggling to find sufficient land to build can be found in the shape of floating solar. China and Korea have already discovered the benefits and BayWa r.e. is working with other countries to explore this relatively new technology.

The drive for renewables isn’t just being fuelled by the economic arguments, but also by societal desire. Communities have come to realise the impacts of climate change and are pushing their governments away from fossil fuels. Add this to the fact that many governments have a desire to be energy-independent in order to reduce their reliance on fuel imports, and you can see why there’s a growing momentum for renewables across the whole region.

A challenge for these emerging markets is how they can best tap into the skills and experience needed to build renewable projects - finding qualified, well-trained and experienced people who can work on wind and solar developments can be difficult, not only for the individual countries, but also for companies wanting to grow their business in these nations. It’s actually a great economic opportunity as each country will need people who can build and operate such schemes. Something else the governments need to factor into their energy planning!

Opportunities for renewables in the APAC region are only going to grow. By the end of 2020, in just four years, our own generation capacity will have grown from ground zero to half a gigawatt of power.

I’m excited to see what the next four years will bring!