A ‘no regrets’ opportunity to rebuild, recover and secure a sustainable future 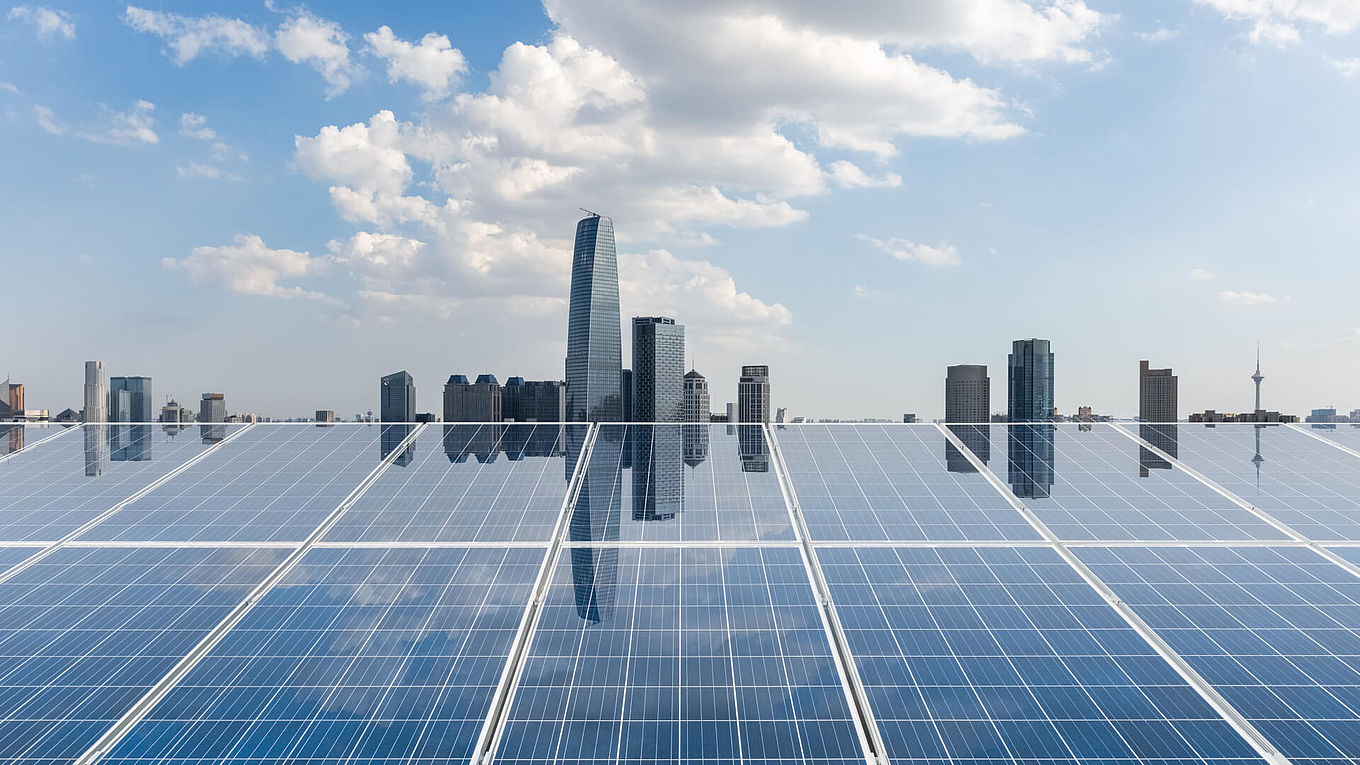 As we head towards COP26 in Glasgow in November, there is scarcely a day that goes by when climate change is not making headline news. We see warnings from the UN that we are not on track to 1.5°C and new commitments from world leaders to reduce CO2 emissions. President Biden has called it the decisive decade, and he is talking a language that we at BayWa r.e. are also using #decadethatmatters.

While progress at a much greater pace is desperately needed, the increasing recognition of the urgency and crucial importance of this decade provides us with one final chance to get on track.

However, while the environmental imperative has become more widely recognised, the huge economic opportunity that comes alongside it does not, by comparison, receive so much attention. Indeed, the perception can be one of economic sacrifice to achieve environmental gain; a view perpetuated by those who would see the renewable transition slowed for their own economic or political interests.

So, and it is not often I say this, let us temporarily forget the environmental argument and instead focus on the economic opportunity of the green transition.

Including renewable energy, environmental protection and low carbon goods and services, the green sector has grown consistently and considerably. Today, however you measure it, the sector makes up a significant proportion of the global economy.

FTSE Russell, a key provider of stock market indices and associated data, puts the value of the green economy at USD 4 trillion. As much, and rapidly overtaking, the entire fossil fuel industry. Made up of more than 3,000 globally listed companies, the green economy has grown faster than the overall equity market.

Researchers from University College London (UCL) considered global and country-by-country sales revenue and employment figures across 24 economic sub-sectors of the green economy. They estimated that as far back as 2016, global green economy revenues were as much as USD 7.9 trillion.

At national level, the figures are no less impressive. The US, as the world’s largest economy, is estimated by the same study to have a green economy in excess of USD 1.3 trillion in revenues, employing roughly 9.5 million people. To put that into perspective, that’s 7% of annual GDP and 16.5% of the whole world’s green economy.

Whichever way you measure it, the green economy is a multi-trillion dollar and rapidly growing global economic sector. And, just like the green transition itself, its full potential is still far from being reached. IRENA predicts that between 2020 and 2050, the decarbonisation of global energy systems could boost cumulative GDP gains by almost USD 100 trillion.

Of course, defining exactly what economic activity qualifies as ‘environmentally sustainable’ will also be crucial for investor confidence. Within Europe, an EU taxonomy is being established for this reason. It will help create security for investors, protect private investors from greenwashing and help focus investments where they are most needed.

A transition about people and their futures

The economic figures are compelling, but they are only part of the story. The green transition is equally about sustainable livelihoods. We have the opportunity, arguably for the first time in modern history, to realise major global economic advancement while also securing a sustainable future.

The International Labour Organization (ILO) estimates that the move to low-carbon, greener economies has the potential to create up to 60 million additional jobs globally over the next two decades. Crucially, the ILO also advocates the transformation of our economies must take place through a socially just and inclusive transition, to secure the livelihoods of those who might be displaced by the green transition.

But there is no denying the scale of the opportunity. IRENA puts that opportunity into sharper perspective - investing in energy transition technologies creates up to three times more jobs than investing in fossil fuels for each USD million dollars of spending.

And these are just the ‘headline’ figures. Transitioning to a green economy, with more businesses and more job creation aligned with supporting sustainable development, also has wider socio-economic benefits. And it is here where there is a truly transformational opportunity.

With a new green economy that is based on secure growth and development, while at the same time improving human well-being, providing good jobs, reducing inequalities, tackling poverty and preserving the natural capital upon which we all depend, the European Commission heralds a paradigm shift in economic models whereby economic gain and socio-economic benefits become intrinsically linked.

We have a way to go to achieve this, and it will require the protection of human rights and economic development to become fundamentally intertwined throughout global markets. But if achieved, the potential global benefit, especially for less developed countries, from such a shift would be huge.

The cost of delay

All of my focus so far has been on the benefits of the transition and opportunities from propelling it forwards. But there is another crucial cost to consider, the cost of not moving fast enough. Alongside the colossal environmental impact, there will be an economic impact of similar magnitude.

Developing nations were found to be particularly exposed, with Africa identified as being one of the most at risk with 4.7% of its GDP in the balance.

The potential impact on people’s jobs and livelihoods is also dramatic. The ILO estimates that globally 1.2 billion jobs depend on a stable and healthy environment. Industries like agriculture, fisheries and forestry, as well as tourism and pharmaceuticals, depend on natural environmental processes.

The ‘cost’ of climate change is one we already face, and it will only increase the more we delay and fail to act. And, as it stands, that is exactly what is happening.

A ‘no regrets’ opportunity to rebuild, recover and secure a sustainable future

The strength of the economic and socio-economic case for the renewable and green transition is undeniable. And, while left on the side-lines for much of this article, the environmental case is about nothing less than avoiding globally catastrophic climate change. The two are, of course, intrinsically linked.

Yes, the investment required to get us there will require trillions of dollars globally over the coming decades. But the reality is that we have two options….

Delay, and set the world on course for environmental, economic and socio-economic disaster.

Or act now and realise a ‘no regrets’ opportunity to rebuild, recover and secure a sustainable future for our planet.