Through its holding company BayWa r.e. renewable energy GmbH, BayWa AG has sold the solar park “Don Rodrigo” in southern Spain to a group’s client of MEAG, asset manager of Munich Re and ERGO.

The plant consists of a total of around 500,000 solar panels installed on an area measuring 265 hectares that is located 20 kilometres to the south of Seville. The park’s total output amounts to 175 megawatts (MW); it therefore generates roughly the same volume of energy as a conventional peak power plant. The 300 gigawatt hours (GWh) produced annually by the plant will supply the equivalent of around 93,000 Spanish homes with electricity.

“With the scheduled sale of this solar power plant in the fourth quarter of 2018, BayWa r.e. has made an important contribution to the BayWa Group meeting its anticipated overall results for 2018,” said a delighted Klaus Josef Lutz, member of the BayWa AG executive board. Don Rodrigo is currently the largest project realised by BayWa r.e. in the solar area. Over the past few months, up to 10,000 solar panels were installed on site every day.

“What is so special about this project is that we will generate green electricity at market prices without any kind of subsidies, a first in Europe. We are therefore entering a new phase where the energy turnaround is concerned: solar power is now cheaper to produce than conventional power,” explains Matthias Taft, BayWa AG’s senior energy executive. “The fact that the plant was completed without any delays or complications and its subsequent sale quickly followed are a major success for us. We are planning to generate subsidy-free solar power with similar projects in other southern European countries in the next few years in order to further drive the energy transition throughout Europe.”

The power will in future be marketed through a 15-year Power Purchase Agreement (PPA) with the Norwegian energy company Statkraft. The BayWa r.e. service team will also be responsible for the ongoing technical operation of the plant. Following the sale of several solar farms in Great Britain to MEAG in 2014 and 2015, the sale of Don Rodrigo is the third successful collaboration with the asset management firm of Munich Re and ERGO. 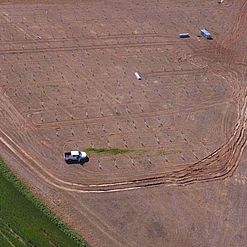 The BayWa r.e. project, which will provide a total output of over 170 MWp, is located south of Seville and is one of the first solar projects of this size in Europe to be realised without any... 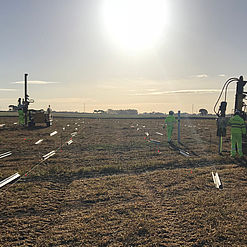 The solar park, with an installed capacity of 174 MWp will use Astronergy and GCL solar panels and Huawei inverters. The project will cover an area of around 265 hectares (approx. 190 football...